Motor Strike: Racing Rampage is a crazy game about racing and fighting at high speed with numerous weapons, skills and different cars to choose between, the idea is to be the fastest and avoid being destroyed in the process, the result is an intense racing experience where you need to take into account the enemy’s strengths and weaknesses.

If you want to play we have free demos available on Itch.io and Steam:

About the main gameplay!

The game is based in fast paced races where you will have to use a set of skills to defeat your enemies and defend yourself the idea is to gain boost by taking the boost areas or drifting and use the main weapon you choose and use it!. Also the game has a 2 main modes the team mode and the solo mode, in each mode you have to take into consideration that you are alone, or you have to play in a team! 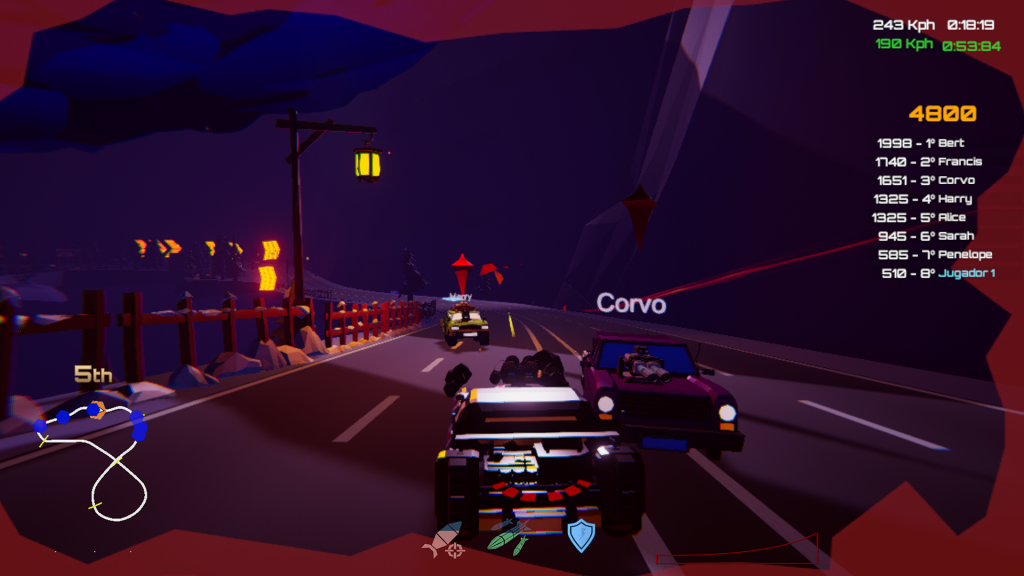 About the number of players

Developing a game as an indie shows you the huge challenge that is create a multiplayer game, not only because of the technical requirements but mainly because of the huge amount of player needed to ensure that anyone at any moment can play with others.

At the end we realize that the main point is to offer a great local experience (single or split screen) and let the multiplayer a way to play with friends remotely (up to 6-8 players)! 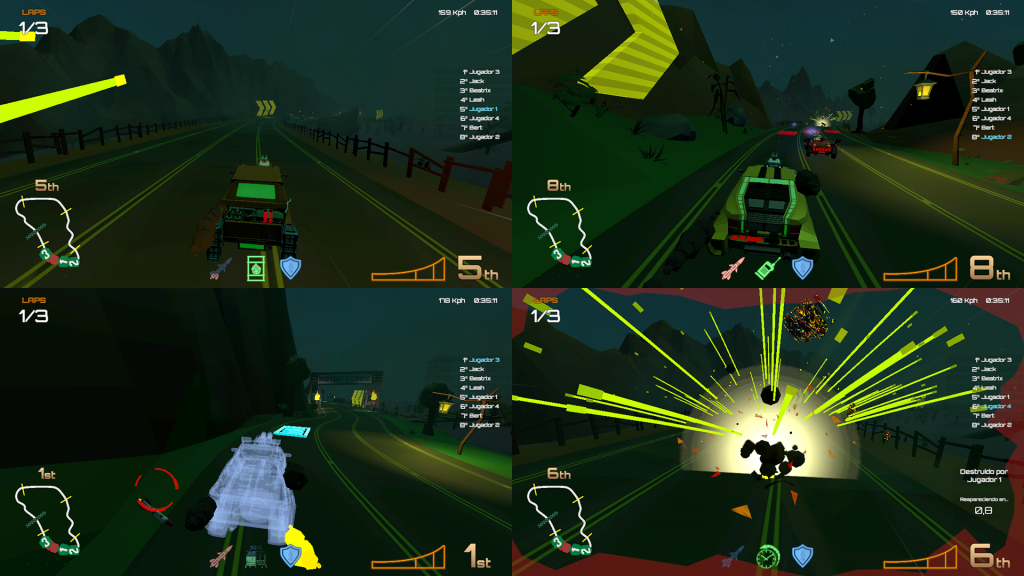 All vs All / Team Race

The idea is to be the fastest, but careful being the first is a big risk. In the Team mode you have to ensure that the first one arriving at the goal is from your team

All vs All / Team Point Contest

All vs All / Team Prometheus

Two races with a card draw in between. Just ensure to gain the max amount of points to win the race 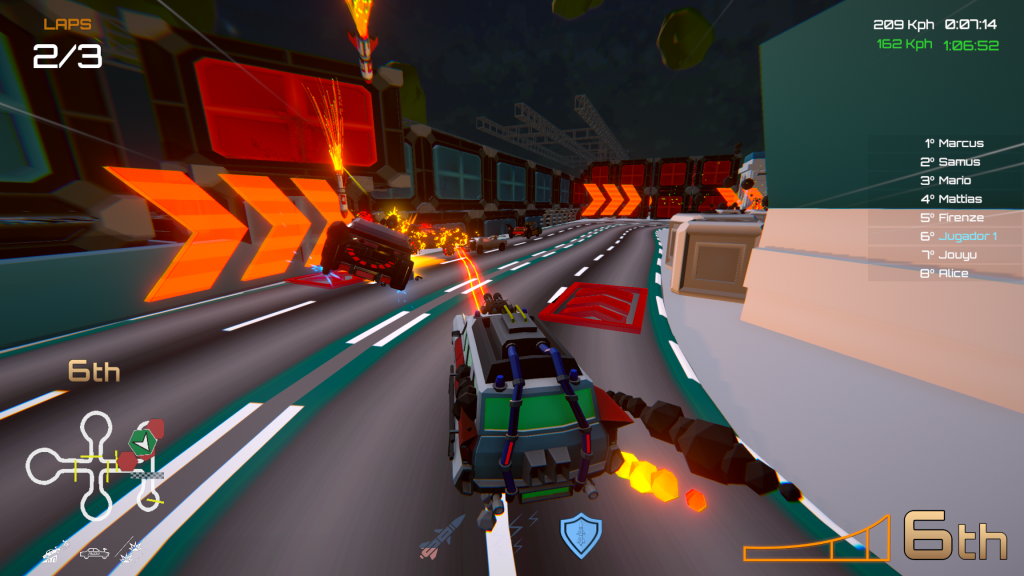 At the moment we have 14 cars with 3 different skins each one, but we have more to come!

There is more to see About Motor Strike Racing Rampage?

No! There is much more coming we have just show a short introduction, so be prepare, there are much more features that we didn’t cover, like the tracks, new cars weapons, game modes and mucho more that will be covered in future devlogs.  Also we will cover the future roadmap, the plans and the stuff in development and a lot of crazy ideas we have for Motor Strike Racing Rampage!

After seeing this “About motor Strike Racing Rampage” Are you ready for the rampage?